As of now, Swift doesn’t have many competitors in the iOS realms. As per the statistics of July 2019, over 22.1% of mobile devices have got iOS installed. This shows that there are still many people using Apple devices to handle
their personal and business needs. Every business has to make a smart decision while choosing the tech stack for its home product. Swift programming is beyond their expectations as it can offer them a versatile solution in iOS development.

What do you mean by Swift programming?

Swift programming is nothing but a compiled programming language specially meant for watchOS, iOS, macOS, tvOS, along with Linux applications. This is what you should be knowing about Swift 5.0 and SwiftUI.

Apple created it in 2014: Swift has been backed up by major technology companies in the world. It has got a predominant role in iOS app development.

Open-source platform: Many Swift creators have gone on to acknowledge that for building a well-defined programming language, open-source technology has to help everyone. After three years of establishing itself, Swift’s native app development has gone on to acquire an extremely large and supportive community. It also has a multitude of third-party tools for iOS app development.

Safe and secured: The syntax of Swift native app development would allow you to create a consistent and clean code. Not only this, SwiftUI also offers safeguards to rectify all the errors as well as improve readability.

Faster approach: We can see that the community built Swift development with bringing out greater performance in their mind. Its simple syntax can help you hasten up the development process. Swift development would be 2.6 times faster in comparison to Objective-C. It is also 8.4 times speedier than Python.

It has been in demand: Swift programming has been ranked 14th in the place of the most popular programming languages of 2018.

How did Swift’s language originate?

In 2013, the team had the ability to solve a strategy on how the particular language is going to fit in with Objective-C. Every iOS developer planned to shift on to a new programming language.

This also has a major disruptive effect on every community. That’s when Swift has gone on to get the support of top programming developers. Its initial release got mixed reviews but it went on to improve itself. In 2015, Apple made Swift into open source. Nearly 60,000 people started using it. When Swift 4.0 was released in 2017, the language was deployed actively in iOS development while building more desktop apps for OSX. It was even used as a server-side technology by IBM. In 2019, Swift went on to release 5.0. The recent Swift version consists of a stable Application Binary Interface (ABI) across different Apple platforms. This plays a huge role in helping every developer leverage Swift on dedicated OSs such as macOS, iOS, tvOS, iPadOS and watchOS. Apple has started working on building a solid iOS ecosystem. All this states that iOS development is going to be the future in the upcoming days.

Why use Swift for iOS Native Development?

Many people refer to Swift as “Objective-C, without the C,” We can note that Swift language has found a primary role with respect to all its predecessors. You have to understand the comparison of Swift and Objective C. The official press release of Swift states that, “Swift combines the performance and efficiency of compiled languages with the simplicity and interactivity of popular scripting languages.” Let’s understand the pros of Swift.

It is found to be an expressive and clean language consisting of simplified grammar and syntax. We can easily read and write Swift. It only needs very little coding. No developer would need to spend much time and efforts managing their app’s memory usage manually. It would take very less time when you want to build Swift apps.

Easily scale your team and product

With Swift, you get to build a future-proof product. You can extend it with a number of new features. You can notice that the scalability of Swift projects are quite easier. Swift would allow you to add a number of developers to your development team. With the simple and concise codebase, onboarding gets simpler. The Swift syntax is of natural English and quite easy to read.

Improvisation to performance and safety

Swift focuses on speed and performance. The initial focus of the language was to outperform all its predecessors. There was a 40% performance increase. Optimizing the Swift Code is also simple. With the right feedback loop, you can debug all the errors.

The decrease in the memory footprint

While building an app, you can leverage plenty of third-party code. This would also be reusable with open source libraries or frameworks compiled into a specific app’s code. All these libraries are known to be static as well as dynamic. We can notice that static libraries would become an executable file part. Dynamic libraries would exist outside the code while you can upload it only when you require it.

Swift language and Objective-C are compatible with each other. The comparison of Swift and Objective C plays a major role. You can interchange it within a particular project. This would work well with large projects which are now updated or extended. You can still go on and add more Swift features. This would allow you to take complete advantage of the Objective-C codebase. This way, you would have no problems with porting.

Swift leverages Automatic Memory Counting (ARC), which is a technology with a focus on adding a garbage collector function. Many languages like C#, Java, and Go make use of garbage collectors when they want to delete any class instances which are no longer in use. They can decrease the memory footprint. Before putting up ARC in place, every iOS developer had to manage their memory manually.

Swift paves way for both front-end and back-end support. This would also allow code sharing and reusing extensively. This can speed up your development process and reduce your overall development efforts.

Swift consists of a vibrant and active open source community. We can also see that Swift is the second most starred language. Go has occupied the first place. Swift consists of abundant resources to help every developer accelerate better adoption. It also has a huge set of podcasts, community guidelines, real-life courses, Swift playgrounds with gamification for the learning experience.

The Cons of Swift Programming Language

The recent version has shown ABI stability across different Apple platforms with renewed documentation and backward Swift version compatibility. All these have made Swift into a more mature programming language. Now Swift has its limitations with respect to native libraries. The talent pool is less. While you can see that the Swift community is growing at a fast rate, it is still smaller in comparison to any open-source language. As per the latest StackOverflow Developer Survey, it is found that only 87.354 respondents are leveraging Swift. IDEs and third-party tools interoperability is missing. It is still a hard task for any developer when they want to fetch the right development tools to go on with certain tasks. As you can see, the official Apple IDE with XCode would be lagging in terms of support and tooling for Swift. Developers have faced many issues with autocomplete, syntax highlighting, compilers and refactoring tools. It doesn’t support earlier iOS versions. You can leverage Swift in every app targeting iOS7 and the later versions. You cannot use Swift on legacy projects. Less than 5% of Apple devices have been running on iOS6.

Swift vs Objective C- The comparison

With factors such as readability, safer platform options, maintenance, speed, less coding legacy and dynamic libraries, Swift vs Objective-C have differed constantly. There is a lot of difference between these two platforms. Do you wish to know more about them? Read our latest blog.

How can Pattem Digital support as your Swift app development company? 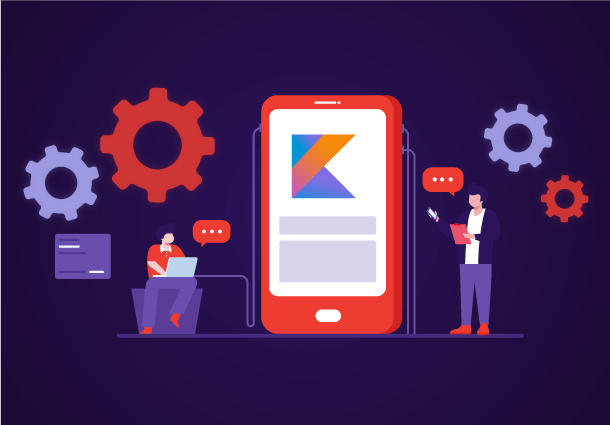 Tools to develop Windows App
View More
Talk to us