Why Should You Still Choose React Native in 2021?

The world is clearly under a smartphone revolution and together with it a smartphone app revolution too. And at the gateway to a fresh year ahead, many businesses are struggling to make the right choice between a cross-platform and a Native app solution. Truly, building an app in 2021 is not what it used to be like five years ago. But we believe that it’s almost a win-win solution with cross-platform apps that run irrespective of the operating systems and devices they are put to use.

Well, the 2019 Stack Overflow Developer Survey speaks for itself. In this survey, the cross-platform frameworks topped the list include React Native, Flutter, Xamarin and Cordova. Oot of the top four we choose to React Native cross-platform as our review candidate for today. As a project launched by Facebook and adopted by tech biggies like Airbnb, Wix, Walmart, Shopify and Samsung, React Native’s benefits cannot be overlooked at a glance. Moreover, React Native has constantly improved to take up large scale-investments almost forcing enterprises to abandon other cross-platform frameworks. But these are all rather easier said than done and examined. So, let’s take one step at a time in understanding why React Native framework can make a world of difference in outcomes!

React Native: A Cut Above the Rest for Businesses?

Are you a startup looking to establish permanence in mobile platforms? Or a seasoned enterprise looking to expand your reach? Either ways, you’ll see your business burgeoning using React Native framework that builds state-of-art applications to connect with your user base. Although hybrid apps are vouched by developers for the exactness they offer in terms of efficiency, React Native for Mobile app development is worth investing in by killing hybrid apps for good. Here are some good reasons to consider.

Startups get the right push towards a high performing application with React Native without any restrictions to share the codebase on both Android and iOS. Native apps come with plenty of restrictions based on time and costs which React Native waives off. About 80% of the code can be shared and exchanged among multiple platforms which are like writing once and use endlessly.

Pricing strategy is always of prime consideration while picking out a platform to build your apps. You definitely cannot afford to shed out huge sums of money and run the risk of failure. The React Native component helps write codes that run on multiple platforms which saves time and in turn saves your company from a huge cost crunch.

React native supports some top apps of the marketplace

Some of the strongest and powerful apps that you see are backed by this developer-friendly React Native Platform. It performs its magic on Facebook, Tesla, Walmart, Instagram and much more. Surely, a green signal of its permanence across a wide variety of industries.

Startups greatly benefit from React Native’s ability to carry out third-party integrations. It is an excellent gateway that offers a choice in addition to the common WebView for performing functions. Using the native module you can add Google Maps to the application as well or any feature for that matter.

As we all know, React Native is the offspring of JavaScript. And if you wish to build your mobile apps with React Native you need not go searching for developers all the way. About 67% of developers are experts in JavaScript indicating the vast pool of talent available.

Top 4 Areas where React Native is the Best Bet

React Native’s paradigm “learn once, write anywhere” has almost changed the way we look at mobile app development. Cross-platform application development has never been so convenient before the advent of this Facebook 2015 Hackathon. So, let’s explore what are the different app development needs that React Native framework corresponds to.

You need a running start with a minimum viable product and put it across in the market quickly. That’s when you resort to building apps that are working prototypes. It’s one of the ways you go ahead of your competitors, promote more people to use it and develop further based on their feedback. In one way it lets you trial run your app while keeping money 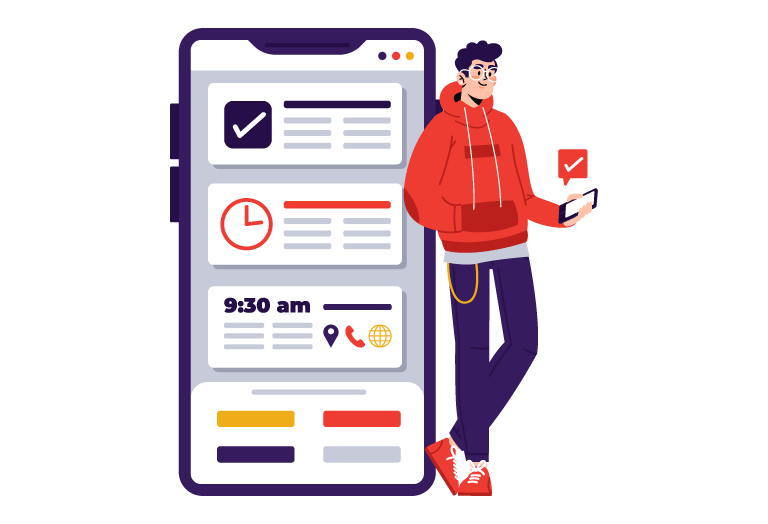 and time at bay. Setting up a front-end prototype is not that great a deal as almost all computers and mobile devices have a browser that runs on JavaScript. And most developers fear that they might lose out on the convenience while building cross-platform applications. Well, React Native elements can be your perfect choice to build working prototypes. The developed prototype works effectively on both iOS and Android and is observed to be 30% faster than native frameworks. In fact, it comes with a set of UI kits for swift and speedy delivery of pilot projects. Airbnb is the best-cited example to show the exceptional power of React Native in putting together a technology at the expense of fewer developers. Their mobile app solution was later extended to its full maturity gradually transitioning into native apps for iOS and Android.

It’s high time we stop harming our environment by chopping trees and printing tonnes of pamphlets and booklets to spread the word on events. With React Native for mobile app development, you can get rid of the excessive paper usage during events. But how? These apps have the capability to accumulate events, schedules and timetables that can be updated in case there is a change in news.  Push notifications inform everyone regarding immediate changes of event plans making it the de facto for event apps.

The basic cross-platform app is one that is laid on a small budget and where the target audience is spread across both iOS and Android platforms. And there’s no better alternative than React Native to build a UI that works seamlessly on both. In comparison to native apps, React Native helps code reusability, easy bug catching, strong support and speedy development with the same business logic.

React Native mobile apps make the best eCommerce stores with a couple of handy features in its goodie box. Some of them are the Flat lists, Section lists and lazy-loaded lists which caters to the app in terms of its performance. Walmart is a living example of React Native escalating retail stores up the competitive market ladder.

It’s true that React Native gives you the advantage of building one app instead of two. And here’s another way that it makes development even more convenient and quick – third-party libraries. Now, if you are hunting down React Native libraries to suit your unique project before you surf the internet for hours, take a look at our handpicked list of Top React Native UI libraries:

This React Native UI Kit comes with three distinct cross-platform components for both iOS and Android. Namely, they are UI components, Themes and animations. It functions similar to a WordPress website that is built with plugins, as it uses extensions and building blocks to build a foundation. A wide range of extensions are made available for photos, videos, products and more so that they can be used freely in your app and forked to modify later.

This React Native component library features about 30+ ready-made components that go with any JavaScript or React Native project. It also works absolutely well on the web with the help of react-native web. The styling of any component can be done hassle-free with the Nachos UI. Your task gets easier by importing pre-styled inputs from one component to the other and installing the Nachos UI

Again, React Native Material UI consists of a set of highly customizable UI components implementing Google’ material design. Maximum customizability is achieved through a single JS object called uiTheme. You get features like action buttons, subheaders, drawers, toolbars and more. The themes that you customise can extend its customizability to other components too. You might as well make local changes by overriding styles.

This UI library is a boon to anyone who wishes to give a head start to cross-platform app development in any domain. The UI Kitten is customisable and reusable component kit that immensely takes care of visual experience. Being an open-source and free library, you can pick themes of your choice or create your own without hampering the source code.

Facebook Ads Messenger is built on React Native mobile app architecture. It keeps a fine balance between ad formats, currencies, time zones and much more. The flawless and performance-oriented transitions, navigations that you see is a result of the clean interface powered by React Native. The app ended up becoming lightning fast at accessing data with ease. After all, why wouldn’t React Native exhibit its charm to the parent company that launched it?

This global business and finance news hub has also taken React Native as their confidant giving their audience a streamlined, interactive and easy to access the content.  With the help of React Native components, Bloomberg is able to automate code, refresh it to speed up the release of new products. It is also noteworthy that Bloomberg used React Native to create its prototype which matured into a feature-rich app after several updates and amendments.

This web design service provider made it to the top ranks for offering developers the ability to create their own applications. It also provides flexibility in terms of creating a website by mere drag and drop utilities. So, non-coders are welcome too! The company themselves used React Native to create a sophisticated navigation control with a maintained and updated codebase. This resulted in a speedy and agile web app development in a cross-platform scenario.

Instagram had a simple UI build on a native technology and they took up the challenge of integrating React Native into this existing foundation. However, the adoption only resulted in better outcomes. About 85-99% of code was shared among the iOS and Android platforms making it easy to maintain.

The one-stop destination for all your shopping cravings is Myntra. And it cannot be more true. The app has won millions of customers making mobile shopping a cost-effective, convenient and aesthetically fulfilling experience. All thanks to React Native offering an incredible UI and UX to both the Android and iOS customers.

Several other big names like Airbnb, SoundCloud, Walmart and Gyroscope have adopted this modern technology to develop their intellectual mobile apps. If you wish to make a move in the same direction then you are at the right place!

We put a full stop to your long time confusion to choose an ideal React Native development service. At Pattem we excel in building React Native latest versions with least possible time and more development efforts. You will get the best of transparency and trust from ideation and delivery to maintenance. Let’s connect all the dots of your business needs to build stunning apps with React Native! 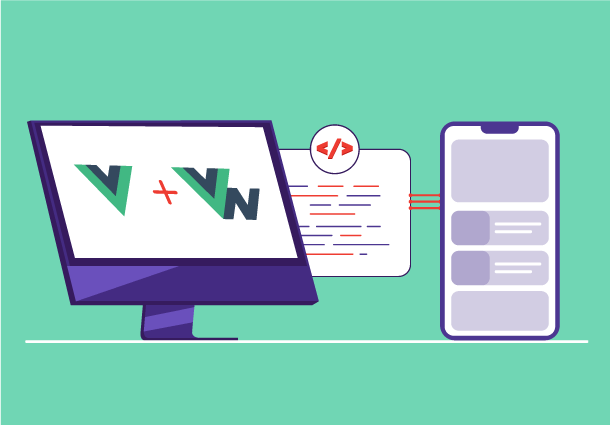 A Wrap Around Native Apps with Vue.js
View More 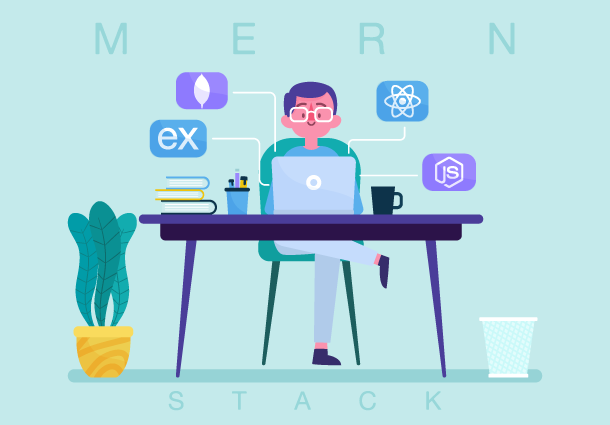