JavaScript and Node.js – Now, doesn’t that sound like pure magic? It goes without saying that JavaScript’s utility and popularity grew with time as one of the easiest programming languages to learn and work with. An even bigger thanks to Node.js. Devs no longer have room for errors. With several lines of bug-free algorithms for both the front and back end, super-fast performance is guaranteed. So, now you’d want to know what makes Node.js a born optimist. So, today I’ve laid before you the nitty gritties of this wonderful JavaScript tool. So what are you waiting for? Jump in!

Node.js and the Trail behind

What is Node.js? The straightforward answer to this question would be “Node.js® is a JavaScript runtime built on Chrome’s V8 JavaScript engine”. This is the definition proposed by the Nodejs team, well, what does this mean? The core of this description can only be understood by going a little bit into the history of how Node js came to be. 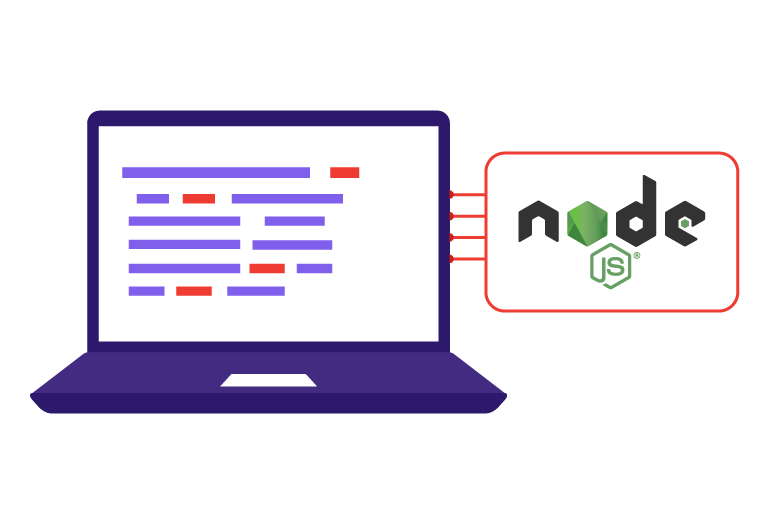 So, let’s do a quick replay. If you’ve been a JavaScript geek for a long time, then you might know how it spent its early days working hard only as a client-side scripting language. But as JavaScript took over a serious role in defining the modern experience of the web, development teams had to go the extra mile to keep up with the competition. The process that followed often tried to reduce the developer’s burden of moving between the front-end and back end of a web app with different languages. As a result, the V8 JavaScript engine (the one that Node js uses) that powers browsers like Google Chrome was improved and took a leap into server-side development. Once Node.js came into the picture, it became possible to write event-driven, server-side, real-time applications that can run across shared devices. A better definition to make things easy. “Node.js is the passionate server-side offshoot of JavaScript that was launched in 2009”. With the advent of Node.js backend development, JavaScript works as good as other scripting languages like Python. Therefore, you could possibly conclude that although Node js is only 11 years old, it was one biggest innovation that put JavaScript into a better perspective.

So, here we are at the technical forefront of Node js web application framework. Let’s explore what’s up with the Node.js architecture that’s so praiseworthy.

What are the possible business solutions with Node.js?

Be it instant messaging (IM) or Internet Relay Chat (IRC), Node.js will get you covered with chats of any complexity. Since server-side events and push notifications are characteristic of real-time chat, Node, js makes it super easy to execute these functions. The different parameters like traffic capacity, lightweight and data flow are all met with accuracy when Node is combined with Ember.js on the backend.

All credits to native Stream API of Node.js that is excellent for the development of data streaming apps. There is an interface in Node with writable and readable streams to ensure that the process is carried out smoothly. If not, then why would you think giants like Netflix would replace their old backends with Node.js? Well, we will look into this further down.

Both public and private IoT solutions come handy with Node.js. Again the event-driven server architecture makes this possible. Node’s ability to process concurrent requests has taken the IoT app development beyond its boundaries in recent years.

The first and foremost reason would be its performance and scalability. There is in all-in-all support for contemporary JavaScript features including security patches with the V8 and Node constantly

undergoing updations. Secondly, all enterprises we see today grew with high user expectations and engagement, but adding features as projects get more and more complicated is a herculean task. Deployment becomes a real pain when the system gets too big. Here’s where Node.js becomes a true problem-solver for enterprises. A major advantage of node.js constitutes its microservices aspect that allows splitting an app to smaller units to deploy independently. Third, it supports a cross-functional team with experts in all relevant areas like writing, testing, hosting and so on. A range of people including front and backend developers, QA experts and engineers hold responsible during the entire app lifecycle. Lastly, Node.js cross-platform desktop apps is another notable feature that makes it the favorite of enterprises. To put it straight, the code of your Web app can run on different desktop versions for Windows, Linux and macOS. Some tools that Node developers use are also cross-platform. These are some solid reasons, now would you say no to Node for your applications at scale?

Did you know that these apps are built with Node.js?

Node.js does so much on the web that it misses the opportunity for appreciation. Several huge tech companies have switched to Node for its speed, concurrency, developer productivity and lower app development costs in building social media apps, online games and chat engines. Well, guess what? This quality has made Node.js hold around 51.9% stake as the most beloved framework for the best kind of web apps. So, you will definitely not be surprised to find the names of the top 5 famous apps built with Node.js. Would you?

Aren’t we all growing fans of the Internet television network? And don’t we all expect our cinematic experience to go glitch-free? To ensure this, Netflix, the widely used Over the top (OTT) streaming media 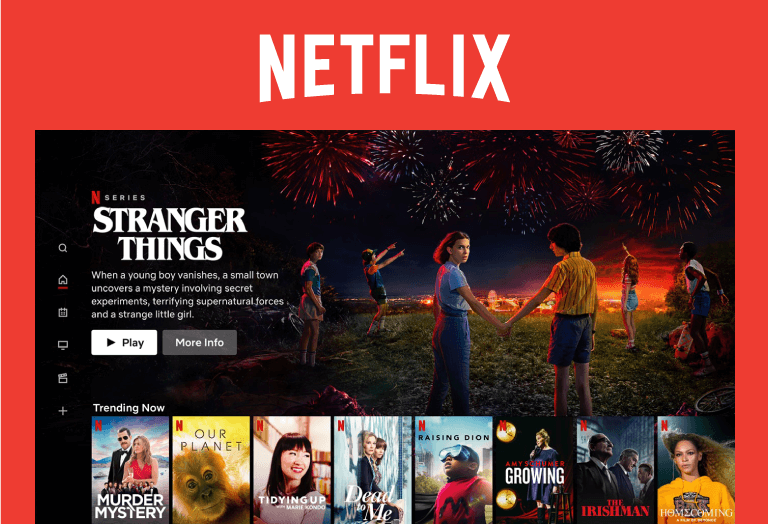 service runs on a stable full-featured application. Since its service stretched across 190 countries with millions of subscribers, Netflix developers were striving hard to improve interface loading speed, reduce complexities by making it modular and lightweight. But its JAVA backend and JavaScript frontend were not functioning hand-in-hand. JAVA was bulky and significantly reduced development and deployment speeds. Moreover, the app fostered a monolithic design and with a growing user base and the development team had a tough time scaling the application. Definitely, Netflix couldn’t afford to lose its users due to poor wait-times. Therefore, Netflix switched its whole user interface into Node.js backend framework. It indeed turned out to be a very thoughtful and smart move. With the new backend, Netflix saw a dramatic reduction in the startup time – the interface now hardly took over 2 seconds to load as opposed to the 10 seconds earlier. The UI elements could be produced as smaller segments rather than in one big block. Node.js helped Netflix overcome the conditional dependency and glitches during scalability for every push cycle.

There’s no professional networking app/website that can beat Linkedin in its dedication to business and employment. And as of today, Linkedin is also a part of the huge companies to deploy Node.js since 2011 as their trusted framework. So, what’s Linkedin’s story for choosing Node.js web application framework? For a long time Linkedin worked on Ruby on Rails for their mobile app backend but saw a fall in app performance. This was because the Ruby app was not capable enough to handle the huge traffic and concurrent requests. Now, Linkedin had to find an asynchronous event system to boost their apps’ scalability. Then came Node.js – the savior.

PayPal has become the go-to digital payment solution for online buyers across the world. However, their prime concerns were regarding the two teams (i) who wrote browser-specific codes in CSS, HTML and JavaScript (ii) who worked on app layer-specific codes for the server using Java. Just like Netflix, this again created disparities and syncing problems between the front and backends.

But it was only until 2013 when they decided to migrate from JAVA to Node.js backend framework. Node was all PayPal needed to erase the boundaries between the two segmented teams. What more, some Node.js best practices put to work resulted in a 200ms faster page response. Code size was tremendously reduced to around 33% with 40% fewer files to do the thing. Interestingly, PayPal is also known to be the company that first made a JAVA to Node transition and benefited from it.

Surprised? Or curious? Never mind, you will be even more amazed to know that Node.js enterprise application architecture, developed by Collin Estes plays an important role in keeping the astronauts safe during their space expedition. Previously, NASA wasn’t cloud-ready with its on-premise data centers. NASA’s data was spread across different locations which made the data access slow. Even this put the life of an astronaut in danger. So, Node.js gave the aeronautics pioneer an ideal solution to move all the data in EVA Spacesuits to a cloud base. Later this is what happened:

Walmart has almost become synonymous with eCommerce. Why would it not? The Walmart team claims to serve around 265 million customers on a global scale. Such a fast-paced eCommerce website needs to feed on a system that can efficiently handle a plethora of requests in one go. They needed a solution that was SEO friendly with sophisticated features to bring about better engagement in their mobile app. And no technology did it better than Node.js. Walmart’s checkout cart skyrocketed in conversion rates. For its front-end, both React.js and Node.js were coupled which boosted customer engagement and response time.

Wait! Before you go, let me tell you that the companies reaping the fruits of Node.js are not limited to the above 5. Several other apps like that of eBay, Medium, GoDaddy, Yahoo, Uber, Trello and Twitter have made the best out of Node.js features for performance needs.

Pattem Digital will help you leverage Node.js like these brands!

Do you also want your business to be part of the success stories of millions of brands using Node.js? At Pattem we write your unique success story by bringing together Node.js best practices and a development team that gives throbbing life to your apps. As one of the highly acclaimed Node js development services in India, we strongly execute result-oriented Node.js mobile and web apps letting our clients expand their business across horizons. Send us your requirements today! We are always happy to help. 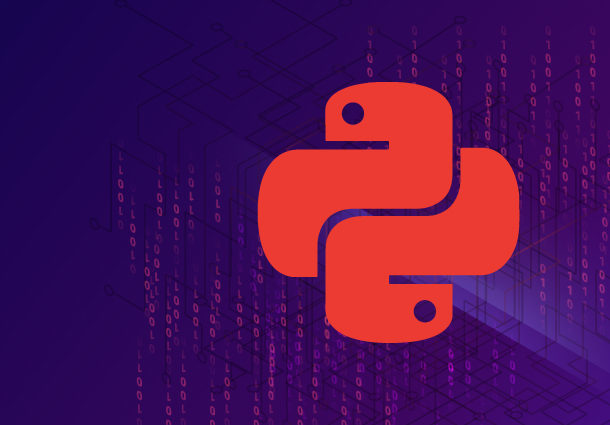