How is Game development evolving at this stage?

Smartphones and tablets are becoming everyday stuff similar to home PCs. Owing to this factor, there are so many openings in the field of the game industry. Ever since Super Mario was launched back in 1981 by the name “Jumpman”  (Mario was never always Mario), there came an era for the first set of game lovers. Now, the gaming industry is transformed by AR/VR related technologies where we can experience whatever we play. The game producers are now moving on to projects in MMOs and multiverses. They have taken complete advantage of decentralization and asset provenance features in technologies such as Blockchain. There are also many free game development software tools available in the market.

Let’s see what steps are behind the screen and what technologies are currently trending.

What are the Game development Software processes?

The value of the global gaming industry has a mammoth value of 128.5 Billion by the year 2020. The mobile industry occupies 50% percent of the share in the market. With augmented reality and virtual reality in play, the best game development software technology is developing at a faster pace. There is a lot of team effort before the audience gets to chillax with the game behind the screen.

Some of the best game development software processes are here:

This is the stage when you idealize the concept. You should focus on not mixing up with the crowd. With a unique strategy and straightforward research, you can conceptualize the game and take it forward. In this stage, you take care of SRS Document, Art-pipeline set-up, test-plan, and flow & wireframe Doc. Then the upper management listens to your ideas and finalizes it.

In this phase, you get to work on the outline of the game. You can test it when you put it in front of the potential audience. You get to work with the subject matter experts, game designers, and instructional designers. The end of this phase is when you produce the production document.

The design document is something your game development team can make use of. It is only here that you get to work with the programmers, actual artists and sound engineers While testing, the game is bound to go through a lot of processes and development stages. This is one of the most important parts of the game development process. It is here you uncover all the bugs in the program, check if there are any inconsistent narrative structures and artwork and test the entire gameplay. This is where the mood boards are used to avoid the “I’ll know it when I see it” curse, and create the best pictures that your mind envisions.

Before we proceed to the development phase, a working prototype is made to check how the game performs. We then look into the changes that have to be made. We take care of creating the art assets such as animation, virtual effect, visual effect, optimization, and review.

It consists of 5 stages:

This is where the actual work starts. You get to the program, create In-game content and balance every aspect of the game. During the development phase, you can execute your strategy and go about it easily. You get to give a structure to your idea and create a proper architecture. At Pattem Digital, we make use of the most advanced programming languages and techniques to make this phase a success. We ensure that the development takes place in a smoother manner.

In this phase, you get to create all types of content from arts, sounds, models, missions, dialogues and much more. The gaming content could be either 2D or 3D. Nowadays, automated content creation is trending along with computer-aided design tools. The content of your game determines how you interact with the game.

Our testers would report every bug directly to the development team. Here, every initial plan would get implemented once the entire process is bug-free. There are two kinds of testing primarily:- Alpha and Beta. The Alpha stage is limited to only a few of the invited users. The Beta stage is where the game is open to public. Anybody can test the game. 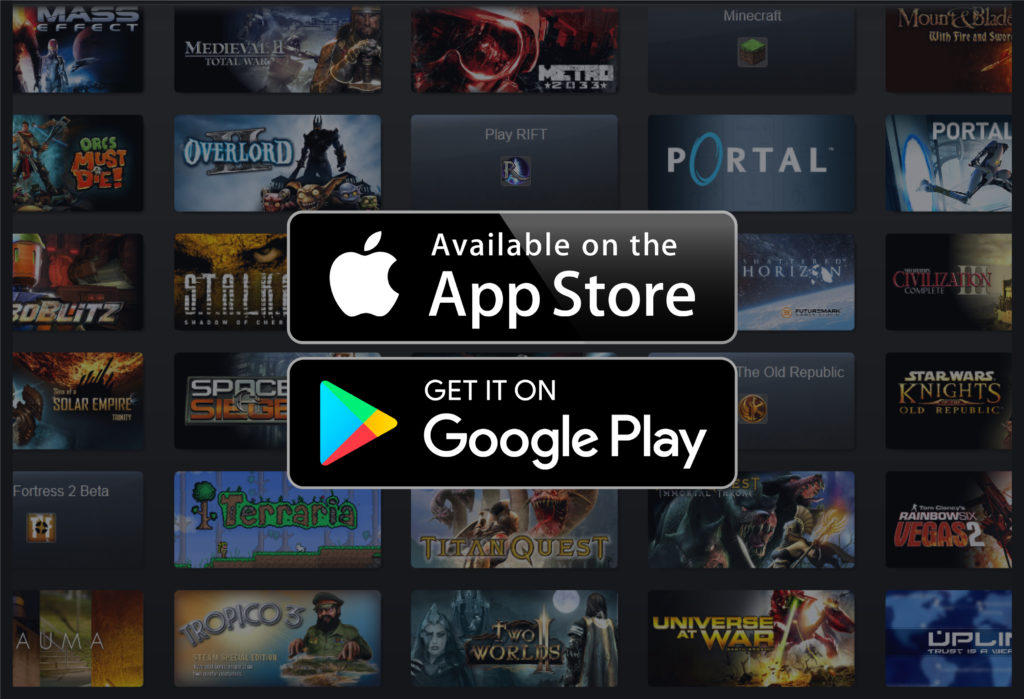 Once the production phase is done, the game is ready to reach the audience through the App Store or Play store. The game would be open for everyone to use. Once the game is launched, we move over to the post-production phase. The launch stage is the heart and blood line of any game

This is the phase where the updates and supports are entirely taken care of. We check the game regularly and update it regularly with no excuses. We also ensure that third-party SDK’s integrations take place with final game deliverables.

Unity is one of the best game development engines available in the market. The specialty is it offers both 2D and 3D cross-platform mobile game development experience. With this, you can port different games on Android, iOS, and Windows. Unity is in support of major 3D applications such as 3ds Max, Maya, CINEMA 4D, Blender and much more. With Unity 4.3, we can handle all the native 2D capabilities, 2D physics along with other supporting sprites. The design capabilities are vast here. This is also one among the most widely used tools in the world. Many major games such as Temple Run and Kerbal Space program are created using Unity.

Unreal Engine 4, the successor of UDK, is a game development engine released by Epic Games. This toolkit includes more options for mobile and PC along with console game development. UE4 consists of the best graphical capabilities such as a particle system to tackle a scene with million particles and advanced dynamic lighting. This is the best option for 3D game developers. We can get accustomed to a more user-friendly Blueprint system.

This tool is known for its higher capabilities and versatility to develop the best, high-quality games of any size. This is also the most preferred choice of Game developers. Are you a PubG fan? This is the platform the developers used along with C++, Java, JavaScript and Unreal Engine 4 to create the world of Erangel and Yasnaya polyana!

This cross-platform, 2D game development tool is used for game development in Apple TV and Android TV. This leverages Lua in place of its scripting language, a popular one among many game developers owing to its shorter learning curve. This is available in Mac and Windows OS. This comes over with 500 APIs with a wide range of functionalities including networking and animation. While we test Corona in real-time, we can conceptualize, code and validate the code through real-time testing. This platform is quite inexpensive compared to other platforms. There is also a free plan to help every developer. Community-wide support is also available. This is the best choice for 3D game developers.

This is a free AAA game engine that can match up well for Android, PC, Xbox One, PlayStation 4 and iOS. This is based upon CryEngine, which is a game development tool by Crytek. By making use of cross-platform functionality, Lumberyard would provide you with several tools to create high-quality games. Some of the best features are C++ source code, integration with Twitch API and AWS Cloud, Audiokinetic’s feature-rich sound engine and networking. The graphics are created with several rendering, terrain, character and authoring tools for creating photo-quality 3D environments. By using native integration, developers can indulge social gaming features including Twitch ChatPlay, Meta stream, and JoinIn.

Pricing is one of the best advantages in Lumberyard. They would not include any royalties or license fees along with the game. You only have to pay for AWS Cloud to allow online multiplayer games, which is one of the perks due to its faster development and deployment process. It is worth the amount you pay!

This is a 2D game development kit meant for Android, iOS, Blackberry mobile phones, Linux and OS X. Since it is an open-source tool, it consists of proper documentation along with well-heeded community support. If you are creating games with low MB (Say 1.5 MB), then it is found to be efficient. It makes use of OpenGL if you are looking forward to optimizing and render more 2D games. This tool has become widely popular owing to its unlimited capabilities in the 2-D domain.

This 2D game development platform would allow more users to build simplified games without any reference code. The user interface is so simple that you can build a game by dragging and dropping the design elements. Thus, you can create your own game within a very short period. Some of the most popular games like ColorSwitch, SKY and The Line Zen are built using BuiltBox. This platform can be used for both Android and iOS. Although slightly expensive, it is more efficient in terms of simplicity.

This platform provides you with all the features you need to build an event-based game. Fusion is extremely easy to operate. You need not spend hours to look for some options. You can get natural fillings from the interface itself. It also does not demand any prior knowledge of programming languages. You can make use of the tutorials, visual programming options, graphic editor with development studio, proper copyright, the stronger development community, and easier prototyping. The free version is available initially. You can also opt for the full version.

Yoyo games have launched this 2D game creation platform on their own. This is a special platform meant for 2D game development. This platform is quite simple to use. This is the best, to begin with, if you are new to the game development world. The added cookies are its drag-and-drop methodologies and learning its language (quite similar to C). This offers junior developers with beginners-friendly experience.

This is a multiplatform game making tool where you use C++ code to build a game. The main concept in this platform is “write once, run anywhere”. This platform includes several libraries, tools and code examples for simplifying the programming, testing, and deployment of various applications on multiple platforms. It is also fully supportive of 2D and 3D game development. Its pros include open architecture, open-source of important components, quicker conversion and using Android optimizations inside the original codebase. Developers can enjoy even better features including code-checker meant for ARM-platform, test simulator, unique support, the set of open APIs and supporting specific capabilities meant for iOS and Android. The processing speed and memory are above average here.

MonoGame toolkit would enable you to build multiple platform games. The class architecture is quite the same as XNA 4 API. The project can run on any .Net or C# languages. If you are already familiar with the game development processes, then working on this would not be difficult for you. There are plenty of tutorials and guides to guide you on kickstarting your first-eve project. Platforms involve shaders that are written in a different set of languages. That’s the reason MonoGame developed MGFX for creating its shaders. The program holds the same structure similar to Microsoft FX files and text format meant for easier editing.

Game engines keep evolving regularly. Only if we keep up with the marketing trends would we be able to build games that rock! If you are looking for free game development software tools, then ensure that you choose the best one. This would let you make more memorable games.

If you are looking for the best game development services, then you are at the right abode. We, at Pattem Digital, provide cornerstone technology and services to make sure that your game development needs are fulfilled.

We are the proud recipients of the most promising outsourced product development company award by CEO Insights.

We will soon open our branches worldwide, with our offices in the Bay Area, European countries, and Singapore.

Contact us if you require any of our game development services. 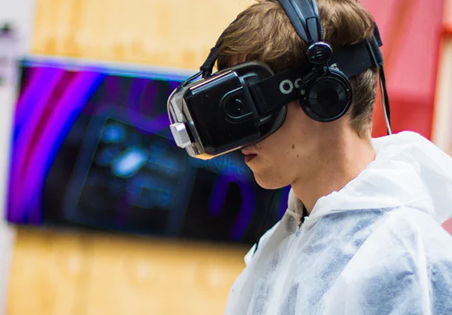 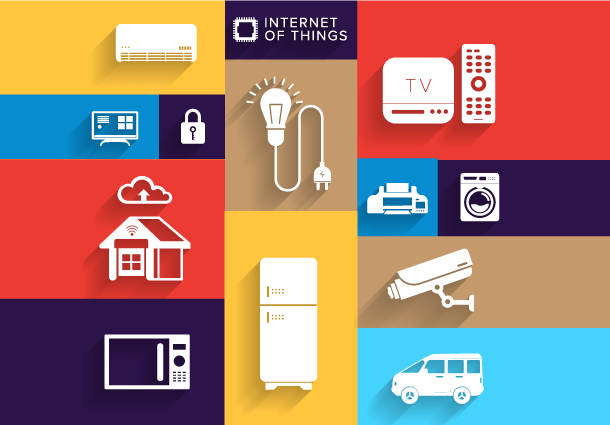