What is front-end development?
Front end vs back end

To talk about front-end technologies, it is everything you can see and interact with the browser. Hence when you create the visual aspect, it is known as front-end development. Every designer who creates user interfaces as well as plans the user experiences can also be termed as front-end developers, as we all know that they would be working in collaboration with the same kind of project. We can notice that the back end would be everything that would go on to happen in the backstage. It consists of servers where you can find all your web pages. This is nothing but the underlying logic which would govern any website’s processes and functions. Let’s cover exclusively on front-end technologies.

HTML (or Hypertext Markup Language) is nothing but a computer language which we have gone on to design to create awesome websites. We can go on to explore it later with the help of anyone who would access the internet.

Ever since it was released in 1991, we can notice that HTML has been a part of many, many updates in recent years. HTML5 originally released in the year 2014. It consists of many added features such as more precise content elements, offline media storage support, and audio and video embedding support.

CSS (or Cascading Style Sheets) is nothing but a style sheet language. You can apply it when you want to define how any kind of HTML element should be presented on any webpage in terms of

layout, design, and variations meant for diverse devices using different kinds of screen sizes. We can notice that CSS would master different layouts of various web pages at a particular time. It comes under three  Full-featured with technologies such as Foundation, Bootstrap, and Semantic UI. We aim at Material Design which we can achieve through it. This is also lightweight. Preprocessors – Sass and LESS. Drafting CSS is known to be a routine, while you can see that many short tasks like looking up closing tags, color values, or any other repetitive operations would consume more time. That’s the place where your preprocessor is going to become helpful. Every CSS preprocessor is considered to be a scripting language. This would expand CSS as well as assemble it into different general CSS. Sass and LESS are known to be common preprocessors. You can see that they would share a few basics like Syntax elements, Normal CSS files, Backward compatibility.

We can define the Document Object Model (DOM) programming interface meant for HTML, CSS and XML documents. It would be interpreting the page so that various programs would modify 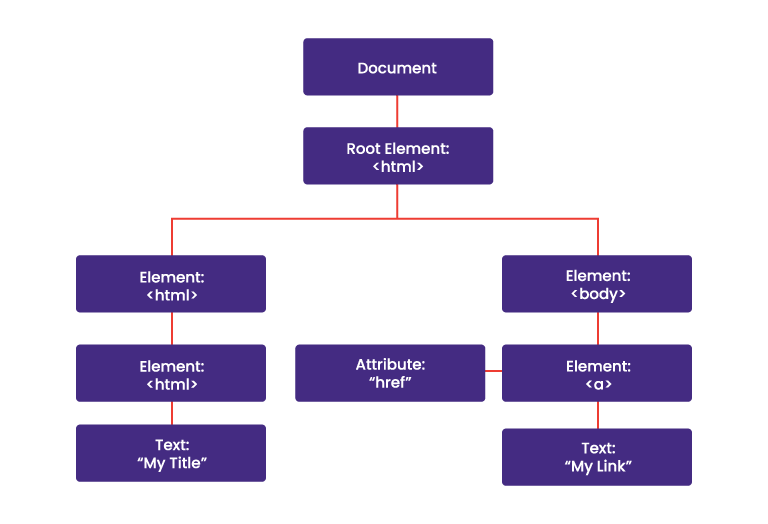 Frameworks are known as the templates with which we can go on and create any kind of web app or a website. They can provide different kinds of structures like scaffolding or skeleton. This would allow you when you want to work on the whole project. While every framework would go on to set different page templates, you can see that they are building the structure using a particular allocated area while you go on to embed different framework code. Main frameworks and libraries to know

Angular is known to be a front-end framework which has been powered exclusively by Google. This is compatible with many common code editors. With Angular, we can create more dynamic, progressive web apps and single-page web applications (SPAs). For the initial version release, we can see that different frameworks would consist of the ability where you can convert different HTML-based documents based on dynamic content. We can notice that Angular is the most common one among front-end frameworks.

Vue.js is nothing but another open-source framework meant for SPAs. This would employ different component-related development models. This would allow you to attack different components to your project. Vue.js is also a great example of a library which has more features in comparison to a framework. You should know about HTML and CSS when you want to learn Vue.js. This can show you a heap of templates as well as patterns we apply for development. We can recognize Vue for small document sizes along with HTML-based syntax.

Ember.js is nothing but a different framework meant for mobile, SPAs, as well as desktop applications. We leverage the model-view-view-model (MVVM) pattern. Ember tools can let you design a development environment. The command-line interface would provide tools meant for script automation.

These are the few libraries:

React is known to be an open-source library with which we can build many dynamic user interfaces. It has been taken as a platform where you can create different web-apps using different dynamic components. It would rely solely upon JSX and JavaScript, which is known to be a Facebook PHP language extension. React would enable you to build different reusable HTML elements meant for your front end development. We can see that React carries React Native which is known to be a more dedicated and versatile cross-platform mobile development framework.

jQuery would be aiming at controlling different HTML documents. This would consist of an API for controlling different events as well as design animation in your browsers. We can apply jQuery to manipulate the entire Document Object Model (DOM). This would serve as your plugin development tool. This also goes on to support lighter cross-browser libraries, with jQuery UI meant specially for mobile framework.

D3.js is a data-driven library for data visualization. When you tie it up with more temporary data to handle DOM as well as implement data-driven changes to your particular document, your library would enable managing your data as well as making more dynamic data visualizations. You can go on, process and uphold large datasets along with dynamic responses for animation and interaction. D3’s functional style would allow code reusing. This also runs along with HTML and CSV.

JavaScript for the back end

Speaking of JavaScript as an end-to-end development environment, we must mention its back-end implementation. Since JavaScript is so popular, the software engineering world has gone on to adapt

JavaScript to all the back-end specifics. While handling web server-side development using JavaScript, we can see that Node.js consists of the majority of the prominent tools. There would be no need for a library or framework. Node.js is nothing but a runtime environment on the basis of Chrome’s V8 JavaScript engine. JavaScript (JS) is the most popularly used scripting languages. This is one of the most renowned platforms meant to provide a full stack of technologies meant for every step in front-end and back-end development. This would suit well when you apply front-end libraries. Are you wondering what are the best JavaScript frameworks and libraries and why we need them? People who are getting started with libraries and frameworks would be considering the same thing. It can allow various visual elements while they are going to carry out interaction with each other. It plays a primary role before HTML Development, UI Development, CSS Framework, Javascript Framework, Full-stack development. With front end technologies, you can get everything handled in the best ever way possible.

Communication between the front end and back end

The front end doesn’t exist in isolation from the back end, or the server that actually provides data. Let’s have a look at the concepts in terms of client-server messaging. May it be HTML Development,

UI Development, CSS Framework, Javascript Framework, Full stack development, leveraging the right technologies play a major role in both front end and back end development. There are More practices that go into front-end development. Also, there are many different practices that go hand-in-hand with front end development and technologies. By leveraging a Responsive design wisely, when many people tend to access the internet directly from mobile devices than desktops, it must be highly responsive.  With accessibility and inclusivity, this concept involves making the web user-friendly for people with hearing, visual, cognitive and mobility impairments. This would cover compliance standards, law compliances, various mobile devices along with network connections. This language empowers many developers and designers to make the code readable and easy to understand. With UIkit, which is an iOS-specific CSS framework, we can define all the core iOS app components to control everything on the navigation side from buttons to labels. Even Though we use UIkit for phone apps, we can also use it for desktops, tablets, laptops and larger desktop areas with front end technologies.

There are many top-rated CSS frameworks available in the market. When we go about choosing any new project, we can choose to work with these frameworks. It is going to save us a lot of time and effort. 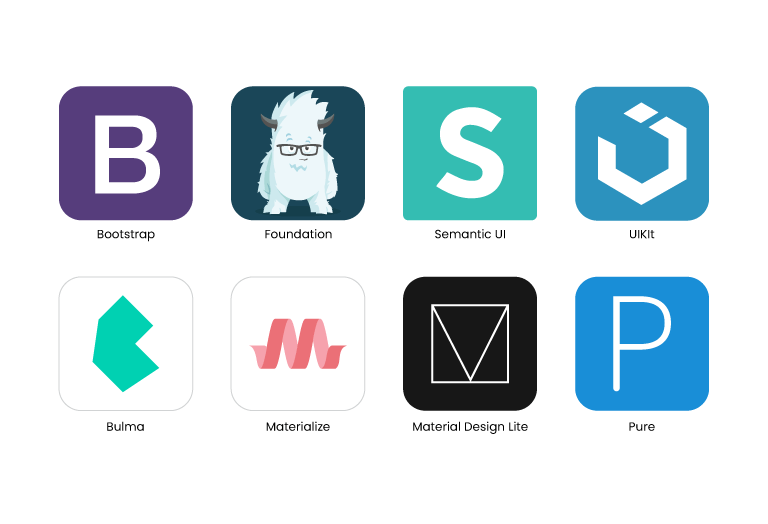 While many platforms like GitHub have pointed out the most popular CSS frameworks, we can understand that they are based on user trust and experience.For instance, let’s take Bootstrap, which is a responsive CSS framework. This toolkit has found a popular place among developers. Everybody would be able to develop more user-friendly mobile apps using this platform. With a number of themes and browser capability, Bootstrap has gone on to reach a top place in the market. Foundation occupies the next place in the topmost platforms. It is known to be a mobile-first responsive CSS framework. The interface occupies an advanced place among different front-end frameworks. Foundation has always encouraged developers to build custom and unique websites. Semantic UI is considered to be a natural language which has attracted a development circle. With full-featured CSS frameworks such as Bootstrap, UIkit and Semantic UI, we have a lot of features available for developers. They are going to be lightweight and easy to use.

There are plenty of CSS frameworks but material based CSS frameworks occupy a great position. It has been a favorite among many users. It is widely regarded owing to its small download size.

It is highly customizable with no place for dependencies. The download size mui.min.css is 6.6 KB and mui.min.js is 5.4 KB. It comes in the format of gzipped. You can customize MUI CSS with the aid of SASS files that are available on Bower and GitHub. We can customize every font setting, breakpoints and leverage material design colours. There wouldn’t be any kind of external dependencies. When we provide cross-platform control, we can build many components working across various platforms from web to mobile to email as well as Android to iOS. With the HTML emails, MUI would include an exclusive CSS library that we can use in the place of a more inline. Material based CSS frameworks come with many such similar features. This is why people have preferred it over any other platform in the market. This has allowed CSS frameworks to rise. Every CSS framework is nothing but a set of HTML and CSS files which would provide a handy platform for every website design with front end technologies.

How has Pattem Digital can provide front-end development services? 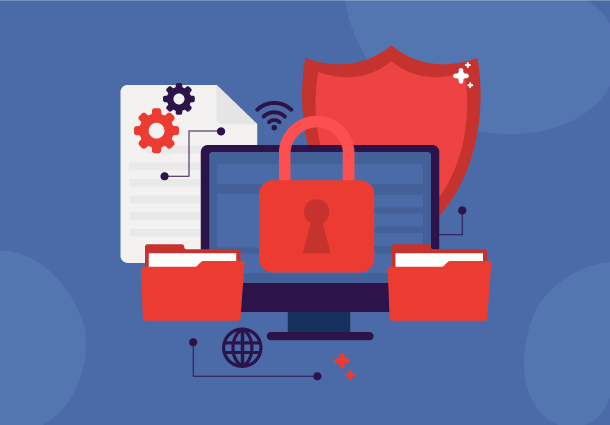