The Wonder of Kotlin Programming Language

The Java Virtual Machine (JVM) has been true to its promise for a considerable time, but the Java language seems to have its days numbered. That’s when Kotlin made an entry atop the JVM as a

suitable alternative to the old-school Java. Kotlin developed by JetBrains and endorsed by Google is an open-sourced programming language that brings the best of two worlds – functional and object-oriented- under a single roof outsmarting the very own Java 6. Since Kotlin’s first release, Google has fine-tuned its foundation to make it a dominant player in developing enterprise web and Android applications. In fact, Kotlin solves much of the problems unaddressed by Java. Although Java and Kotlin codes are remarkably similar, Kotlin programming wins the bet by making shorter and cleaner codes. It’s a proven fact that apps written using Kotlin code eliminate around 40% of the lines in the program increasing speed by reducing syntactical overhead. Additionally, Java developers find it easy to switch to Kotlin due to the similar syntax, ease and intuitive language it offers to be. Kotlin holds the credit for several other functions that Java does not account for, making its ecosystem a confidant especially for Android App development. Sounds intriguing? Well, then let’s take a leap!

Why is Kotlin the official language for Android Development?

The answer to this question in a shot would be the one we have already discussed. For Java, the error-prone, old and slow language with almost zero improvements in the foreseeable future, Kotlin seems to be an ideal replacement. Some of them even attribute Kotlin programming language to Android as Swift is to iOS in terms of robust ideas and goals. Why just limit to Android, Kotlin will see the brightest sunrises with Kotlin MultiPlatform to build applications with shared codebases. But for now, let’s laser focus on why Kotlin turns out to be the most favourite of Android developers!

Saves them from Null Pointer Exceptions

If there’s one thing that generates losses of billions of dollars in a system,  it’s the Null Pointer Exceptions (NPE’s). It is definitely not advisable to make a huge investment in code and see it crash down due to errors and vulnerabilities. Along with the money, it’s a major time investment to guard the code against NPE’s. The elder counterpart, Java does not give developers any assurance to the rise of NPE, while Kotlin programming helps developers easily overcome this hazard as null safety is backed into Kotlin’s type system. You can catch the NPE’s at compile time offering a perfectly fault-proof and cheaper code to maintain.

What if you do not want to write your product only in Kotlin? You can still use Java and Kotlin at the same time as Kotlin guarantees 100% interoperability with Java. You can migrate to Kotlin with all the existing code in Java without any fear of shipping anything different between two languages. A code written in Java can be called in Kotlin and vice-versa. It is equally compatible with older versions of Java Developer Kit enabling smooth functioning on older devices too. In this way, you can switch to Kotlin at any pace you prefer- either right away or step by step.

What is an application without the right set of tools? In the case of Kotlin, you can be stress free about the toolkit availability as it supplies a vast majority of Android Studio IDE’s. Whereas, the IDE support in other languages is poor in comparison to this. Kotlin for Android development also supports some first-class plugins. For instance, “The convert Java file to Kotlin” feature lets you make conversions with a simple click.

Build with Enterprise in Mind

Kotlin programming language was built keeping the needs of the enterprises in mind. The sole reason behind developing Kotlin was not to build something from scratch with a strong academic and research background. But to solve everyday development problems and improve team efficiency. Thanks to the benefits of Kotlin, now Android apps can take their seats faster in the market.

It’s not fair unless you get a balance of both the pros and cons of Kotlin. But the truth holds that there are hardly any cons to list down. Probably one disadvantage would be that switching to Kotlin will come with additional expenses of training a team full of developers. Although Java and Kotlin are similar, it is after all not the same at the core. Also, the availability of Kotlin developers is limited in the market as Java developers occupy a larger share.

There has been no significant reason to look back after Google has made Kotlin its official language of Android development. So, it’s no wonder that Kotlin has hit the ground in Stack Overflow for two years and topped the GitHub list as the fastest-growing language. Well, that takes us to an important conclusion – Kotlin-first apps are leading the Android market. See who is using them!

Android engineers at Pinterest thank Kotlin programming for enabling them to write simple, quick and accurate code. This popular image sharing app has gained traction giving better results to the end-user. They successfully migrated from Java to Kotlin and later understanding its benefits adopted it as their primary language of development.

This online streaming platform stretching across 190 countries have recently revised and rebuilt their UI Player fully on Kotlin. And they can’t thank Google better for the blessing that it brought to their overall visual experience.

One of the leading apps and services in the commutation market, Uber has also significantly invested in Kotlin for enhancing their tooling processes. This includes annotation and Gradle plugins. In the case of Uber’s Gradle Kotlin is typically used to write build scripts

Tinder app making the current trend to how people meet and date has also revolutionized its production environment with Kotlin. This app has achieved concise and clear code architecture with the potential of Kotlin application deployment.

This leading application is used to organize projects via boards and has won the hearts of millions of big companies. It is appreciated for streamlining workflows and boosting company productivity and efficiency. The earlier mentioned interoperability with Java is one of the major reasons that made Trello switch to Kotlin. This particularly proves useful because Trello has only Kotlinized its android application while the rest of the code remains in Java

Postmates is a food delivery giant and has used Kotlin programmed Android apps to deliver its services. It’s scalability and the fail-fast mechanism is what encouraged Postmates to adopt this exceptional programming language to make full-featured and robust Android apps.

Evernote, the popular app for taking notes, saving task lists and archiving is leveraging the potential of Kotlin programming language in its Android application. It helped the app extend and enhance the existing functionalities manifold. With the assistance of Kotlin, Evernote has added some extra features like handwritten notes, web pages, audio notes, photos and to-do lists making businesses organise their day to day activities in peace.

Coursera is an online learning platform that offers certified courses and training to students from renowned universities and guidance from experienced faculties. Even though Coursera has no distinct iOS and Android divide, they have partially taken Kotlin as their confidant. After which they observed an overall efficiency in communication and knowledge sharing at every level.

Square, the popular American financial service and online payment platform teamed up with Kotlin in 2015. It was taken into account for giving developers a better experience by enhancing the speed, productivity and performance to handle the company’s huge customer base.

The list goes on and there seem to be more and more companies awaiting to follow the Kotlin Android app trail and bag all its exciting features resulting in faster time-to-market.

Kotlin Multiplatform – One Language to Rule Them All?

By now, you might have had a fair idea of how Kotlin has stolen the hearts of Android developers. But did you also know that Kotlin programming is a blessing in disguise to backend and Java developers too? 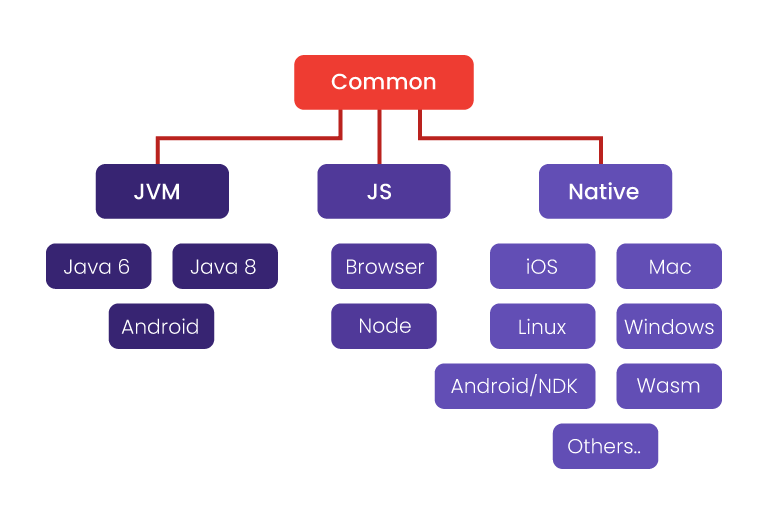 Well, the good news is that Kotlin Multiplatform is here to conquer iOS, Mac, Linux, Windows and Web Assembly by compiling to JavaScript. In fact it can switch to native platform code with Kotlin/Native. You also get a bonus with Kotlin/Native as it creates libraries with C headers and Apple frameworks or even makes use of Swift, C and Objective-C libraries. Now coming to the modules contained in a Kotlin Multiplatform Mobile (KMM), there are three (i) Android: that runs a native JVM Android application with the help of Android UI (ii) iOS: Native iOS UI on a native LLVM iOS app (iii)Common: General Kotlin coding for both iOS and Android. The Kotlin Multiplatform supplies a toolkit that allows you to work on these platforms sharing the same logic and codebase but with a different UI. In case you wish to ease your cross-platform development process, you are gifted ready made frameworks. Although Kotlin Multiplatform looks highly promising, it is still in its alpha stage which means it is still susceptible to experiments and changes.

Why is Pattem the Right Choice for your Kotlin Android Apps?

Kotlin has undoubtedly marked the new dawn of Android App development, and so should your new/existing apps. If you are somewhere close to this dream, then Pattem Digital offers Kotlin development services that deliver finest products keeping up with the market trends. Haven’t you seen that top companies are already utilizing the power of Kotlin. Irrespective of your industry we will heed to your android app requirements with Kotlin. Contact us to find out more! 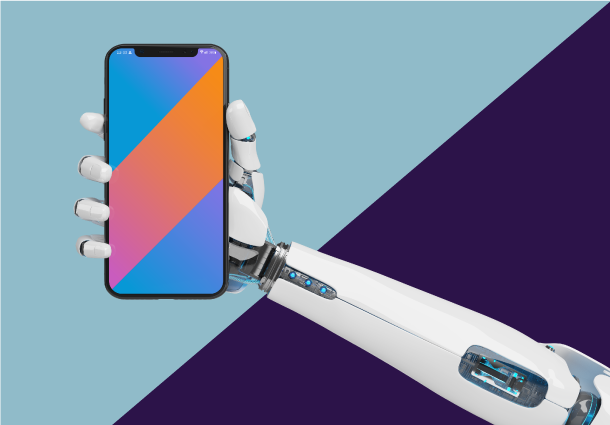 What you should be knowing about Kotlin today?
View More
Let’s team up!